Agreement of collaboration with the University of Murcia: Dr. Salvador Zamora Navarro

In this post and successive post we want to introduce you to the team of experts of the Department of Physiology of Universty of Murcia who works in quality control and development and innovation to improve the production process and formulation of Mediterranean Natural products for dogs.

University of Murcia Professor Emeritus and Professor of Physiology. Founder of the Nutrition Research Group.

Academic Constituent Number of the Academy of Pharmacy Santa María de España of the Murcia Region.

Academic Number of the Academy of Gastronomy of the Murcia Region.

He holds a PhD in Pharmacy from the University of Granada and a Diploma in Nutrition and Pharmacist Specialist in Clinical Analysis. 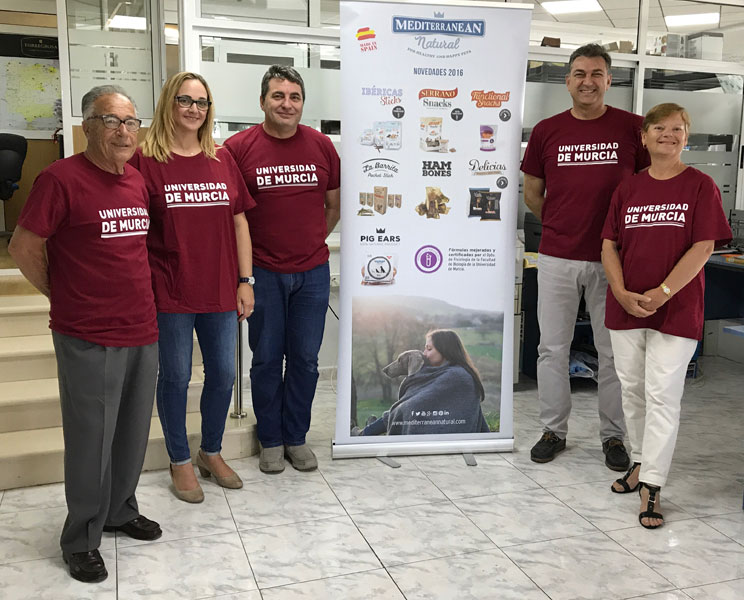 It has received different awards and decorations:

– Favorite Son of the Village of Mazarrón by the plenary of his Excellency City Council, 2013.

– Professional Merit Medal of the General Council of Official Associations of Pharmacists of Spain, 2006.

– Alumni Association Medal. Faculty of Pharmacy of the University of Granada, 1968.

– Silver Medal of the Official Pharmacists College of Murcia Region.

– Honor Collegiate of the Official Pharmacists College of Castellón.

– Golden Olive of the Official Pharmacists Association of Jaén.

– “Palomas de Turismo” award of the University School of Tourism of Murcia, 2002.

– Gold Badge of the Spanish Society of Aquaculture, 2005.

It has also been:

– Vice-rector for research of the University of Murcia.

– Associate Dean of the Faculty of Pharmacy of the University of Granada.

– Director of the International University of the Sea.

Thanks to his long career and experience, D. Salvador Zamora Navarro is an essential part of the development of new products for dogs Mediterranean Natural, so we are very grateful.

If you want to meet the other members of the Team of the University of Murcia who collaborate with Mediterranean Natural, here we introduce you to Dr. Francisca Pérez.